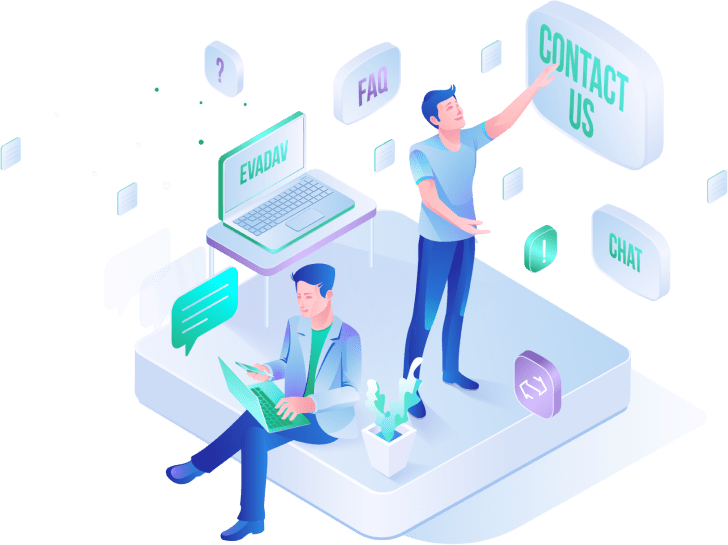 Support
Back to blog 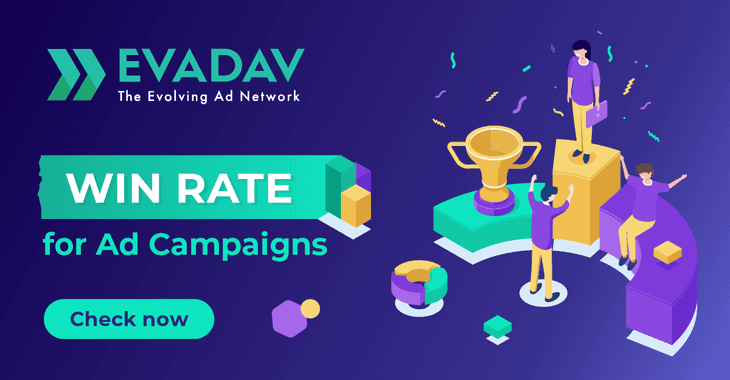 In this article, we'll describe what is important to know about a new feature in our advertisers' personal account - WinRate.

- What is the relationship between WinRate and the auction?

- How is WinRate calculated?

- How to increase the effectiveness of your advertising campaigns with WinRate?

- Let's see how to use WinRate in combination with MicroBidding and Autorules.

What is a WinRate?

WinRate is based on Bid and CTR.

Important: For CPC model only!!!

For CPM model - CTR is not counted.

In other words: WinRate is a parameter that indicates the competitiveness of the used bid, set of creatives, and targeting settings for the ad campaign/source.

How does the auction work?

It's based on a basic calculation formula: CTR * Bid = CPM.

Advertisers are competing for each impression on the platform. The system forms an auction. All advertising campaigns take part in this auction, which according to their targeting settings are able to bid for the ad impression.

The system chooses the ad campaign which has the highest CTR*Bid. This approach focuses on delivering relevant ad creatives to the most targeted audience at the publishers' sites.

For example, if a bid participates 1 million times and wins 500,000, this is calculated as:

- green indicator 70%+ - your advertising campaign is taking enough hits within the auction. Raising the bid and adjusting the sources, you can achieve even higher rates, for our part, we consider this level "good".
- yellow 50<69% - your ad campaign is in the middle of the auction. You can get more impressions by doing optimization.
- red 0<49% - an important signal for the analysis of the advertising campaign and raising the bid/change of creatives and/or targeting.
- n/a - the index is calculated for the period selected in the statistics. If you see this sign next to a campaign or a source in the statistics, this means that your company does not get enough data for the correct calculation of the WinRate. We recommend increasing the traffic buy for such a campaign in order to collect enough statistics for calculations.

A high win rate in programmatic terms might indicate low competition for users at the source of traffic or an effective bid.

A low win rate is always a signal that the bids for a specific campaign and/or source need to be increased and the creatives need to be checked according to their CTR.
Here are some ideas on how to increase the win rate for your campaign.

-Grow up the bid for ad campaigns with low WinRates

-Buy more traffic in campaigns with creatives that have a high CTR, or duplicate them for other campaigns.

-Optimize the bid for sites with a high win rate

-Use auto-rules to whitelist and blacklist sources to select the ones that give you the most conversions at a given cost.

-Use micro-bidding to optimize bids by source.

The Microbidding option allows you to unleash the full potential of WinRate's capabilities.

With Microbidding + WinRate, you can analyze and see the actual amount of redeemable traffic, and auction win rates per campaign and change the rates for zones and sub-sources separately. This will give you the maximum flexibility in buying traffic and make your ROI unattainable for your competitors.

*The micro-bidding option is only available to Gold-level users on our platform.

Let's see the example of a test advertising campaign with a low win rate.

The microbidding + WinRate combination will be available for editing within the ad campaign itself:

Also, similar settings can be made directly in the statistics.

To do so, go to the general statistics tab, select an ad campaign from the general list and its traffic purchase model (CPC in this example) and indicate the country in the filter.

Now let’s proceed with the analysis. Consider the data in detail.

In the screenshot, we see the different indicators of the WinRate.

It is worth noting that those sub-sources that have a high WinRate in the green zone also have custom Bid significantly higher than the average. Such sub-sources also have high-profit margins and ROI.
In line 2, we see the opposite situation. WinRate on this sub-source is in the red zone, and despite a large amount of traffic and low cost per click, nevertheless, this source does not bring profit.
As part of an advertising strategy, the best choice would be to raise the bid for such a source. The creatives within this advertising campaign should not be replaced, as they are effective at the current stage, as you can see by the ROI for the other sources.

We've taken an in-depth look at the WinRate metric, its importance, and its role when working with the Evadav platform. We wish our advertisers a successful test and look forward to your feedback.

Read also: 5 Steps to a Successful Campaign with Popunder